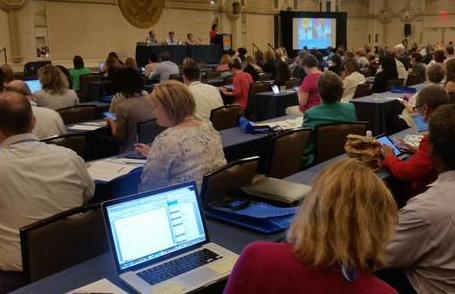 I was fortunate to join more than 200 communicators from 163 colleges and universities in D.C. recently for the 29th annual College Media Conference organized by JD/PR client Council of Independent Colleges and the American Association of State Colleges and Universities.

The continued rise of social media and importance of integrating its tools with traditional methods were among the trends discussed. Media representatives from a cross-section of news organizations were at the Capital Hilton venue, including Bloomberg News, The Chronicle of Higher Education, CNN, Forbes, Inside Higher Ed, NBC News, NPR, Science, TIME magazine, U.S. News & World Report, Vox, The Wall Street Journal and more.

Many higher ed communicators face an internal challenge – they see the results of a strong social media presence and ability to send unfiltered messages directly to their audiences, but their bosses and university leadership still push for traditional media coverage and place a disproportionately higher value on landing a story in print.

Nancy Seideman, associate VP for media relations at Emory University, provided an insider’s look at the Ebola virus communications her staff faced. Lessons learned: your crisis plan’s protocols and processes are extremely important and must be closely followed; do drills at least annually; determine key messages early and stick to them; prep your spokesperson for every interview; internal communications is a priority during a crisis; communications must be part of the leadership team during a crisis; have a solid relationship with a PR firm before the crisis; the media will have a “strong hunger” for visuals.

Reporters are not likely to write a story solely on your university’s new program or the single topic being pitched. Instead, find a way to link a pitch to a trend or a broader newsworthy issue. Ron Lieber of the New York Times holds onto viable pitches for over a year, hoping to identify the right time to do the story. Carl Straumsheim, tech reporter with Inside Higher Ed, said he looks for three elements in a pitch: a trend, a human element and data. Melissa Korn of The Wall Street Journal said stories get higher visibility with a chart or graph, so data is needed. Reporters suggested teaming with other universities for pitches to explain a trend or idea that goes beyond a single campus.

“My goal is to reach as many people in the world via the web — not the print edition,” said Nick Anderson, higher education reporter with the Washington Post. For pitches, he said: “Try to relate it to what you see I am covering and its general interest to the world.”

Email is still the preferred method of contact. Reporter after reporter talked about the dreaded “did you get the press release I just emailed you?” follow up call, although doing so puts communicators at risk of getting placed on “that list.”

Reporters recognize that people can now go elsewhere for content. “It really allows you to bypass us,” noted AP correspondent Alan Scher Zagier, who referenced the power of Periscope and Meerkat: “If you are not live-streaming your events you are missing out.” And from the higher ed side: Michael Kiser, VP for marketing and communications, Lafayette College, said: “the media we own is as powerful as the media they own.”

Doug Haddix, assistant VP for editorial communications, Ohio State University, has a strong owned-media audience including 641,000 on Facebook, Twitter (143,000) and Instagram (44,700). He presented a case study showing how they introduced OSU’s new president through a comprehensive social media approach that, as one conference attendee tweeted, “digitally gift-wrapped their new president.” Haddix showed how social graphics and visuals are the message, from a hashtag (#osunewprez) to the scarlet and gray tie worn by President Michael V. Drake during the announcement. He said analytics are key to convincing your leadership of the value of social media over traditional media.

‘Tis the Season for Holiday Cliches

Trying to Reach Journalists? Start with Email and Social Media