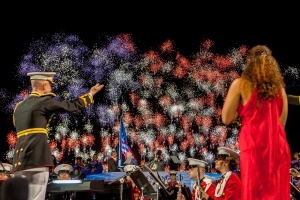 At the Maryland Tourism and Travel Summit held earlier this month, Star-Spangled Spectacular, the Maryland War of 1812 Bicentennial Commission, the Maryland Office of Tourism and Visit Baltimore received the “Judges Award of Excellence,” an honor for events that go above-and-beyond traditional marketing programming.

I am proud to have played a part in the event, leading the Social Media Command Center during the week-long September celebration, now being recognized as “the biggest tourism event in Baltimore’s history,” according to Visit Baltimore CEO Tom Noonan.

Here’s what the judges had to say:

“The organizers excelled in everything from being visionary and visitor focused, to accomplishing impressive traditional and social media marketing. They were successful with planning, press and partnerships. They demonstrated innovation and accomplished a positive economic impact on Maryland. They attracted press from around the world, participants from around the world, and attendees from around the world.  Local and regional dignitaries, Maryland’s Governor, and even the President of the United States attended.

“All eyes were on Baltimore and Maryland this September, when the nation celebrated the 200th anniversary of our National Anthem at Star Spangled Spectacular. Not only was this an unbelievable event celebrating history…it was a historic extravaganza for the State of Maryland, its citizens, and its visitors.”

The ‘Main Thing’ Your Spokesperson Needs to Know

Trying to Reach Journalists? Start with Email and Social Media