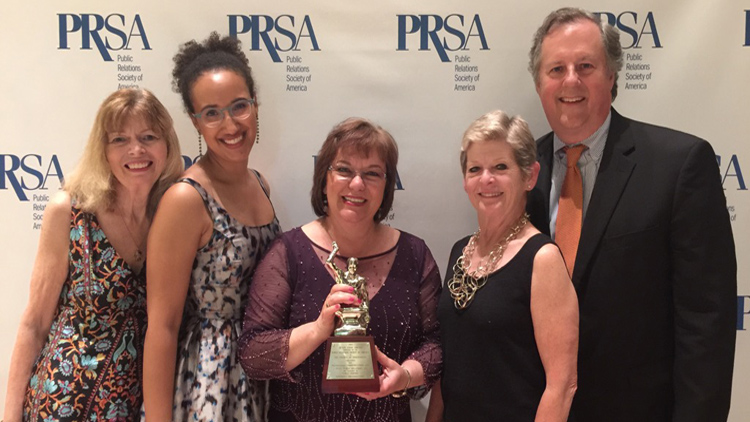 Two organizations in Maryland won a 2016 Silver Anvil from the Public Relations Society of America Communicators and J. Davis Public Relations is proud to be one of them. The awards were presented during a gala event in New York City June 9 for the program known as the icon of best public relations practices.

Working with The Council of Independent Colleges (CIC) in Washington, D.C., and PhairAdvantage Communications, this team won a Silver Anvil for the program “Securing America’s Future: The Power of Liberal Arts Education.” The campaign used social media and traditional public relations to tackle stereotypes, bust myths and change the conversation about the value of a liberal arts education.