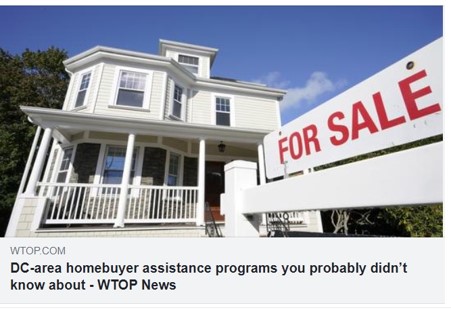 Working with the Greater Capital Area Association of REALTORS® (GCAAR), JD/PR devised a media relations strategy aimed at increasing GCAAR’s visibility with the business media in the Montgomery County and Washington, D.C. area.

The entry, “Establishing a New Go-To Resource for the Media,” was honored with an Award of Excellence in the competitive “Media Relations” category.

As one of the largest local REALTOR® associations in the U.S., and the voice for REALTORS® in Washington, D.C. and Montgomery County, Maryland, GCAAR recognized it should contribute to the conversation and reach the public with messages about opportunities in real estate, especially for those who traditionally had been left out of the market.

The strategy included paying special attention to the radio station WTOP for its broad reach and ability to share GCAAR’s stories on the air as well as online so GCAAR could use the content on its owned media platforms. JD/PR and GCAAR also prioritized the Washington Business Journal for its broad reach and the fact it has a reporter dedicated to the topic. Equally as important was a list of niche media outlets, such as DCist, Bethesda Beat and the Afro-American, that reach the sometimes-overlooked audiences who could benefit from GCAAR’s messages about the path to homeownership.

GCAAR developed relationships with WTOP, several reporters from The Washington Post, the Washington Business Journal, Axios D.C., Montgomery Community Media, Bethesda Beat/Magazine and The Georgetowner. As the program developed, GCAAR began to receive inquiries from various reporters as a result of our consistent communications. On a broader scale, the GCAAR media relations team now regularly receives inquiries from these media outlets for stories that were not pitched, meaning GCAAR met its goal: the media now views GCAAR as an essential and trusted source to include in their real estate coverage.